by
Mohamed Ali
Recommended by 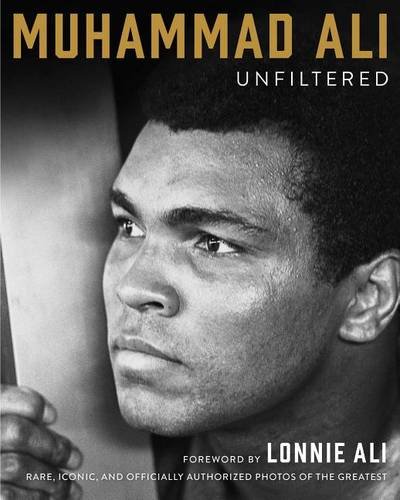 THE FIGHTER. THE ACTIVIST. THE MAN. THE ICON. An officially authorized collection, Muhammad Ali Unfiltered is Jeter Publishing’s intimate look at one of the most inspiring figures of our age. Celebrate the life of Muhammad Ali in these 200-plus pages of images, quotes, and tributes to the Greatest of All Time.

Millions of words have been said about Muhammad Ali—at least half of those by the fighter himself. Brought to the world stage through boxing, he transcended the sport with his quick feet, quick fists, and even quicker mouth. Not content to be idolized as a celebrity, he reached out to encounter the world as it was, always striving to make it a better place for everyone.

A foreword and a eulogy by the legend’s widow, Lonnie Ali, sit alongside Muhammad Ali’s wit, wisdom, and inimitably photogenic self to paint a rounded portrait of a man who strove to get the most out of life and live well. Including his extemporaneous “Getting Ready to Meet God” speech and featuring more than 200 rare and iconic photos, many rare or exclusive, Muhammad Ali Unfiltered brings you the Greatest of All Time like you’ve never seen him before.